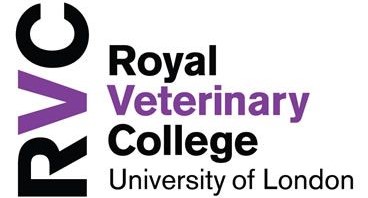 The Royal Veterinary College has conducted the world’s largest study of hamsters by analysing the clinical records of almost 4000 hamsters, revealing the 20 most common disorders. In the past, hamster studies have often been conducted in laboratory conditions but it said that this is the first study ever conducted “examining overall disease prevalence in the UK pet hamster population”. The report says “pet hamsters are exposed to a much wider range of environmental conditions and stressors compared with the carefully controlled lives of research animals”.

Different to laboratory controlled animals this statistical information provides insight into how hamsters are coping under the conditions provided for them by a UK pet owner. For example the study has revealed that an alarming 5.88% of hamsters showed bite marks from other hamsters, an indication that UK pet owners are often keeping hamsters housed together with little success. The misconception of pet keepers thinking that hamsters should live in colonies has been reported on by Hamster Welfare in an article, discussing how hamsters like to live alone.

Amongst discovering the most common ailments and causes of death in hamsters, the research has also helped identify the average age of a hamster in captivity, being 1.75 years old. It is off course helpful for vets to refer to this average age to help owners make a possible euthanasia decision.

“Euthanasia was the most common means of death for hamsters under veterinary care in the current study, accounting for 84.29% of hamster deaths compared with 11.87% of unassisted deaths”

The Popularity of Different Hamster Species:

The Study says that there is an:

The data comprised of the clinical records of a random sample group of 3998 hamsters which was taken from a larger pool of data of 16,605 hamsters who were in the primary care of 886 UK Veterinary practices during 2016.

The Top 20 Ailments in Pet Hamsters

With proper care from hamster keepers many of these disorders can be avoided. Teeth and nails can be correctly shortened. The correct type of bedding could be provided to help prevent respiratory infections, Wet Tail and alopecia. Keeping hamsters solitary will of course prevent bite injuries from other hamsters.

Unsuitable products that are sold in pet stores can often be the cause of a visit to the vets. Contrary to the welfare advice, pet stores still commonly recommend sawdust as a suitable bedding. Nowadays, we know that sawdust is not recommended for example research centre SATRA say “very fine particles in sawdust can cause respiratory problems for all animals, especially for small ones such as guinea pigs and hamsters”.

If constantly breathing in the small dust particles isn’t bad enough the fine dust can irritate a hamsters eyes. Furthermore, sawdust is not suitable for holding up the structure of a burrow.

Wet Tail is the Most Common Cause Of Death in Hamsters

The Study reports that ‘wet tail’ (6.27% of deaths) recorded as the most common cause of death. The study addresses that “Wet Tail” is becoming a umbrella term based on the symptoms i.e. Diarrhoea. There are different reasons for why wet tail may be diagnosed: it could be a bacterial infection or a symptom of stress caused by a health condition or the environment. Clearly more research into the causes of Wet Tail could be beneficial to bring the high mortality rate down.

In the study it says” Many disorders and causes of death are descriptions of the dominant clinical signs (e.g. dyspnoea) or reflect common-use diagnostic terms (e.g. wet tail) rather than conforming with formal scientific biomedical diagnostic terminology that may be more commonly used in biomedical research and teaching (Bodenreider et al. 2004).”

“In the current study, we did not aim to artificially replace commonly used descriptive terms such as wet tail with our choice of biomedical replacement terms such as enteropathy and consequently we hope that the results we report are a truer reflection of care that is delivered in UK primary veterinary care.”

Dr Vicki Baldrey, co-author and Lecturer in Exotic Species and Small Mammal Medicine and Surgery at the RVC, said:

“This research will not only help owners of hamsters to identify common signs of ill health and optimise diet and husbandry, but also helps us focus our teaching and continuing education materials on the most commonly seen conditions. This will ensure vets are as well-equipped as possible to deal with these charismatic and much-loved pets.

The Full Study can be accessed by clicking on The PDF. 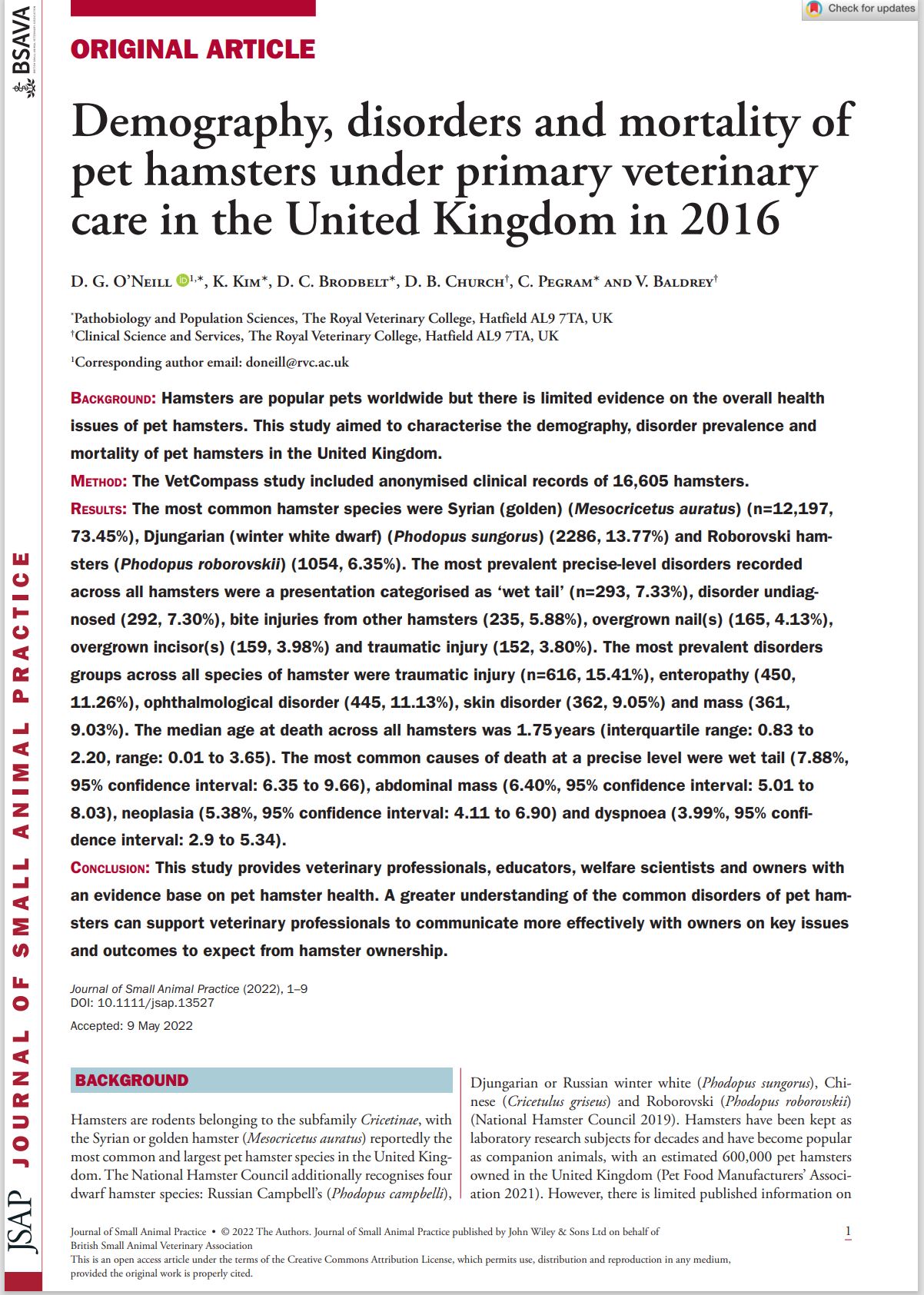