The Pets at Home PET CARE SHOW, The Review

On 15th July 2021 Pets at Home lunched a mini show called “THE PET CARE SHOW” The show depicts “care” from “experts” from little hamsters to big dogs. The show is available on YouTube and has had quite a hefty number of dislikes due to the rodent care displayed and many negative comments from the whole community. You can view the video in question below:

Let’s first take a look at the hosts background. 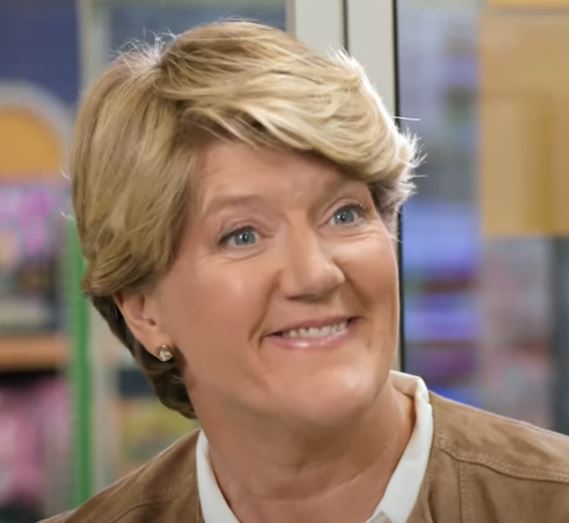 “A passionate pet lover, Clare has been surrounded by animals all her life. Her book ‘Heroic Animals’, explores the special bond between humans and animals and every year she presents Crufts: The World’s Greatest Dog Show. Clare has extensive experience in animal education, making her the perfect choice to host The Pet Care Show.” (quote from the Pets at home PET CARE SHOW website).

Cracking jokes at the start of the show and asking questions and cracking more jokes such as:

“so they don’t want a bungalow they want a 2 story house, they want about five different rooms in it by the sounds of things and they definitely want a gym.”

Just basic host stuff to try to lighten the show up a bit more. Now to look at the “expert” that will be giving our host and the viewers information about how to look after our hamsters. 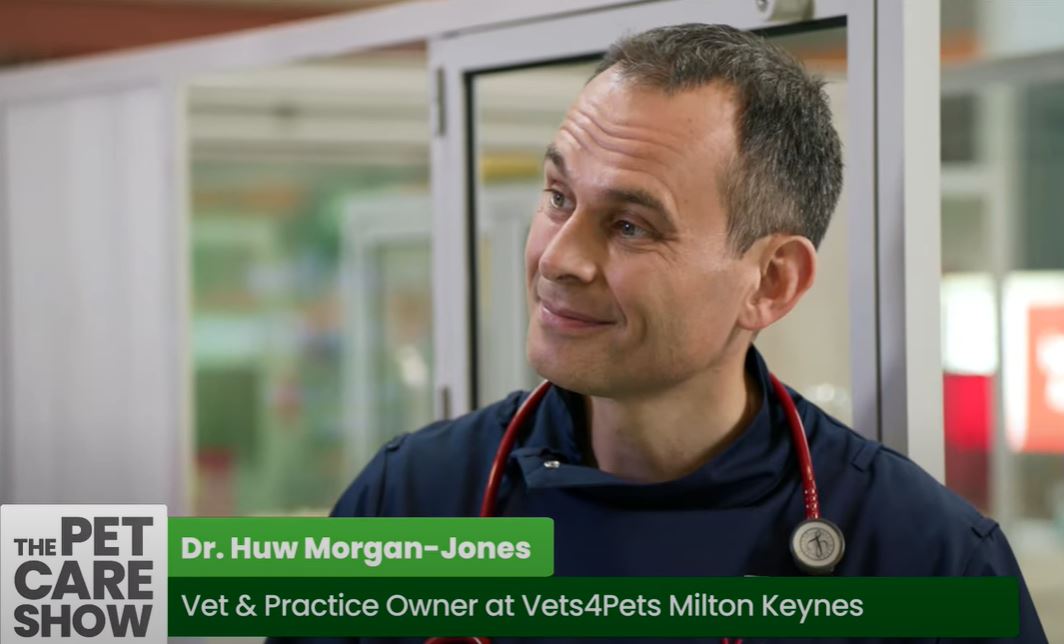 “After graduating from Bristol University in 1996 and completing a Certificate in Small Animal Surgery in 2001, Huw then went on to work as the resident orthopaedic surgeon in a small animal hospital in London. Huw became a Joint Venture Partner at Vets4Pets Milton Keynes in 2007, and co-founded Bletchley Vets4Pets with his partner Amy. He has since led Milton Keynes practice, which became Companion Care Practice of the Year in 2011. At work Huw continues to have a strong interest in orthopaedic surgery regularly taking referrals from local surgeries.” (Quote from the Pets at home PET CARE SHOW website).

Notice that this short explanation on his history does not mention what types of animals he has worked with or if he has trained to be an exotic vet. As you will find out in this review, he makes some very questionable statements.

So now we know who Huw Morgan Jones is, lets jump into it!

So first of all Huw, mentions that hamsters are a good first pet for “young children.”

They are not a good pet for young children as hamsters will come out in dusk and dawn, many hamsters get re-homed due to the hamster biting the child, and young children tend to get bored of them after the novelty wares off.

“well obviously you’d want to give them as much space as possible, but obviously the cages we have hamster are relatively small so you can get away with a cage that is so sized, it is nice if it has two living quarters so they can run up and down the steps, they’ve got hidey holes, and things to do inside. But hamsters will also appreciate lots of bedding, so sawdust bedding for them to burrow into and get stuck in is really good for them.”

He then goes on to say “to give them as much space you can in a cage or enclosure, it needs regular cleaning out so you can remove droppings and do one sweep clean.

Let’s break this down a bit, as Pets at Home is UK based the UK bare minimum is 80cm x 50cm or 620 square inches of unbroken floor space (however you like to look at it). There was no mention of this at all, this could have been a good opportunity to show their brilliant cage the Savic plaza cage measuring at 100cm x50cm that is currently priced at £75 in their stores. As normal pets at home like to say “get as big of a cage as YOU can“. If you where to buy a hamster from their store, their cages are below the minimum size. You might be lucky to come across the Savic plaza but it is a rare occurrence as they are mainly sold online.

Huw then states that because they are small you can get away with “so size”, something many of the hamster community are so tired of hearing. The stereotypical care of a hamster that they will be ok in a tiny, multi level cage with lots of tubes etc. With all the research out there and their partners the RSPCA saying 80cm x 50cm you would think they would bring it in.

Huw then continues onto cleaning out the droppings and one full sweep clean of the cage. Now depending on the cage you have there will be variations on how often you clean the cage out.

For example if you had a cage that was 80cm x 50cm you will spot clean when it is needed; taking out droppings, old food, sieving the sand out, etc. With a full cage clean about once a month or so and putting a good amount of old bedding in so the hamster can smell it’s self and recognize that this is a safe space and not get stressed out. Having a cage that is 100cm x 50cm ( as recommenced by TVT veterinarians) you can get away with not cleaning the cage fully for a few months.

Huw then states that you should “give the hamsters sawdust“, although funnily enough The Pets at Home Care Guide tells us that it’s not safe for them. Sawdust is very dangerous as it is too dusty and the wood type is not mentioned on the package meaning it could be a harmful type and lead to respiratory problems. 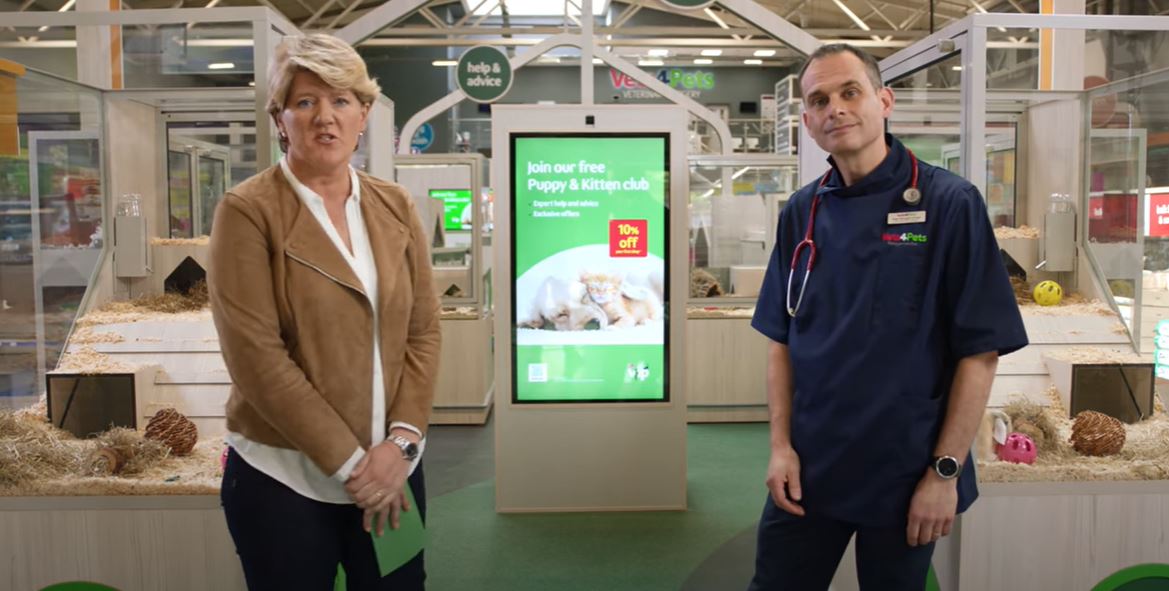 The subject of light and temperature and if hamsters get cold? Huw responds with “Normally the environment we keep them in our own house will be perfectly satisfactory, so normal room temperature would be fine.” This part is ok but later on he will mention more on temperature.

Huw goes onto say to handle them “certainly every day if you can morning and evening and give them a little cuddle and stroke them, they are just going to just get used to you. To start with when your hamster home they just want to be in a safe space environment so you probably want to get as close to you and touching them and playing with them.”

Most hamsters do not get up at morning and evening, they can get up pretty late at night and be up until the very early hours of the morning as they crepuscular creatures. It is also not advice to not to wake up a sleeping hamster as this could stress them out. Also, with all my past encounters of getting hamsters from the store itself, all members of staff tell us to let the hamster settle in for a few days. This is correct information as the hamster is going from one stressful environment to somewhere they have never been before. Building a bond with a hamster takes time and patience and some hamsters may never like to be handled.

“hamsters are nocturnal they are going to be a bit active at night, um so you just need to consider this when you are thinking of where to keep them in your house.” Huw contradicts himself in a following statement. One moment he is telling the viewer to get them out morning and night and now he is saying they are active at night.

“hamsters do hibernate naturally it’s a way of preserving their body stores but in the environments we keep them in we keep them outside it’s just going to be a level temperature throughout the year, so really they do not tend to hibernate.”

This is true hamsters do not hibernate but they can go into a hibernation like state call Torpor. Torpor can happen If their enclosure gets too cold or they have lack of food/water. When a hamster goes into torpor, they will start to reduce their body temp, breathing rate and heart rate to try to help them survive.

Questions asked by the children

“is it normal for a hamster to gnaw on a cage bars? Is there anything to stop it?”

Is answered by our very helpful vet…“Okay so that might mean that your hamster might need a bit more stimulation in the cage so I’d be just looking into making the environment a little more interesting, get some toys in there hide some food give them something to do in there. That will stop that type of behaviour it’s just showing that he’s a bit bored.”

Bar biting can mean multiple things with the most common reason being due to stress. So ideally you need to be looking at cage size, wheel size and bedding depth and then upgrading these things. If the hamster is in a pets at home cage that does not meet the UK bare minimum, then adding a lot of toys is not going to help.

“what are the most important things for a hamster to have in their cage?”

Answer: “well obviously fresh food and water, just make sure that they are always topped up. But they also need plenty of bedding they like to dig they like to get into their bedding, um make sure they’ve got lots of stimulation, toys and things to do in their general environment.”

There was no mention of a wheel or a sand bath. Hamsters need a wheel as they will run 5-10 miles a night. The wheel also needs to be the correct size so they don’t curve their backs 28cm+ for Syrian and 20cm+ for dwarfs. Sand is needed for many different reasons, they bath in it, they use it as a toilet and it is another substrate so it’s like a sensory type of enrichment for them too.

This is some very questionable advice given by a vet that should have knowledge of basic hamster care. I feel like no research was attempted into the care of hamsters and all the outdated information just takes me back to the early 2000’s. We are very lucky to have the internet and the research to show us what they need. The community is disappointed with “The Pet Care Show” which often contains the wrong advice from a qualified vet!

Pets at Home do better!

The Pet Care Show has caused quite a stir amongst the hamster loving community and many people across social media have also picked up on the wrong advice they give. The quirky video below from @nico-syrian-hamster has received thousands of views: